If not, you’re no human.

It only took two and a half minutes for me to start sobbing. Just like it happened to me, people were incredulous at how can a 12-minute short film could bring them to tears.

Netflix’s animated short, If Anything Happens I Love You, builds a touching and heartbreaking story through plain, yet deep elements. I’ll proceed without overexposing much, not wanting to take from you the experience of watching this short film.

The first image is of a couple eating dinner. A wide distance separates them. They won’t say a word as they sit across from each other at the table. At the back, shadows of the conflict represent their emotions. Some time later it is revealed to us what is going on: They have lost someone. Their daughter.

What’s so precious of this short is the momentum of every feeling, of every hurt, of every memory. There is no need for dialogue; silence, a piano and a song filled with memories tell the story. All this gets mixed up with the past and the present, and even so, the possible future. 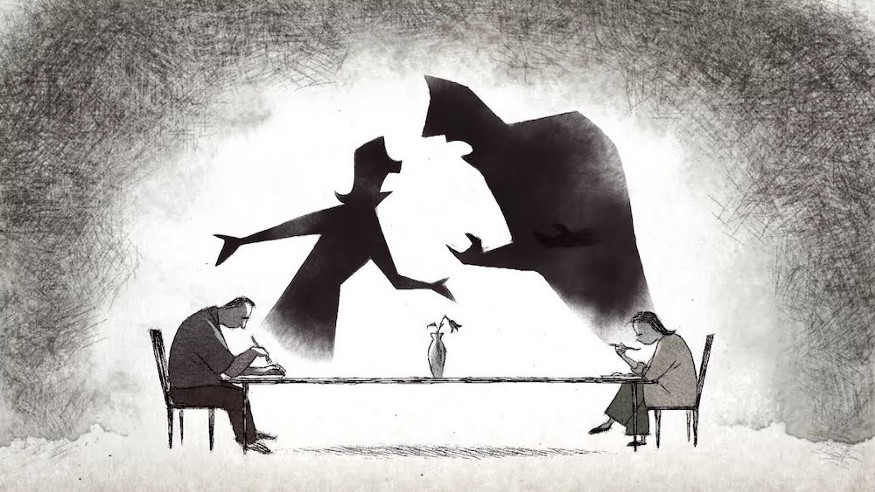 Visuals are key. The filmmakers opted for 2D, which uplifts the movie considerably. Same occurs with the setting; a raw space, only showing what’s essential. It’s blank, it’s nostalgic and nothing more needs to be displayed. The mother and a door, a cat and a soccerball, a record player and a window. Nothing more.

Laura Dern, executive producer, expressed her feelings upon the viewing of the film, “The way the filmmakers and the animators captured that untold story of grieving and how we live amongst memory, was so palpable,” she said to Variety.

The shadows insist on embracing the beauty of the memories, with the little girl taking the lead. A way to fight the past in order to live in the present.

From here on, the parents begin to remember and flashbacks start off to connect the empty spaces. From the first to the last day of their daughter when going to school. 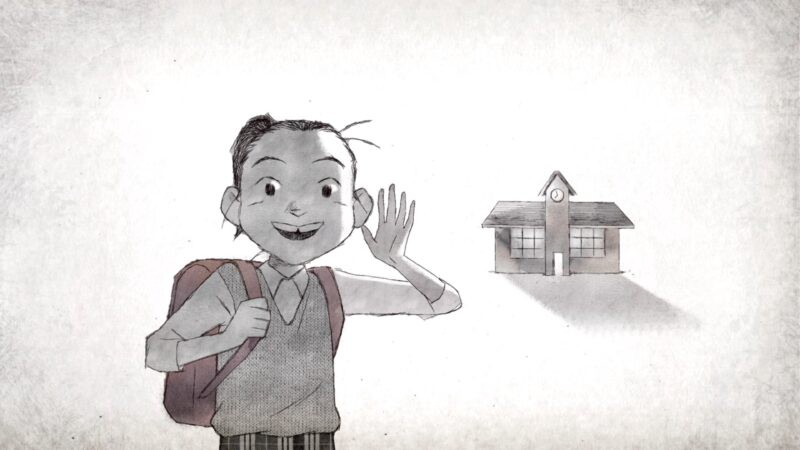 When showing the hardest moment, the film does it in such delicate and tearing way — static images (with a lot of symbolism) and a succession of aching sounds to mark the continuity of events. The shooting begins. Children shout. And the text message pops up: “if anything happens i love you,” she writes.

Despite the film not being based on a true story, it draws from real events. Writer and directors Will McCormack and Michael Govier spoke with parents who lost their children to gun violence. Either way, it is believed the title of the picture is a reference to the Parkland shooting, where 17 people where killed and many others injured when a 19-year-old gunman walked into Marjory Stoneman Douglas High School in Parkland, Fla., on Feb. 14, 2018.

If Anything Happens I Love You sustains a powerful message. One that encourages everyone to reflect on. One that shows how, sometimes, past can still save us. One that you must see for yourself. But I assure you, if you’re someone who’s ever loved and lost, you won’t hold the emotion. You won’t be able to hold the tears. So keep tissues handy.

If Anything Happens I Love You is streaming on Netflix.